The USDJPY pair has broken the ascending trendline in the first sign of a breakdown in the rally. Buyers are active in early trading, therefore, the next few trading sessions will determine near-term direction of price action. Momentum indicators have downward trajectories. 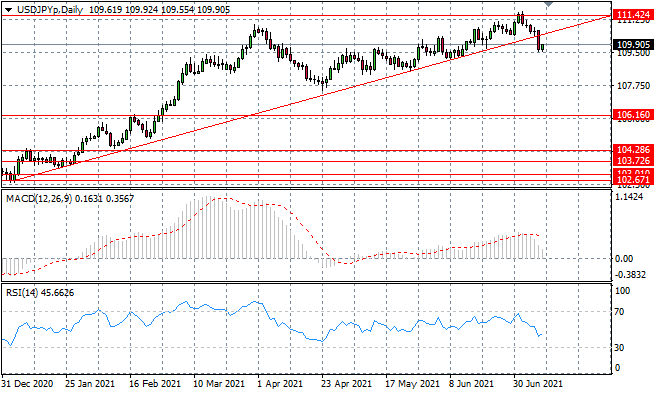 The GBPUSD pair continues to consolidate at the 1.380 support level, where a breakout may be anticipated, especially given the series of trading sessions resulting in a small-bodied candles. Momentum indicators have flattened in bearish territory. 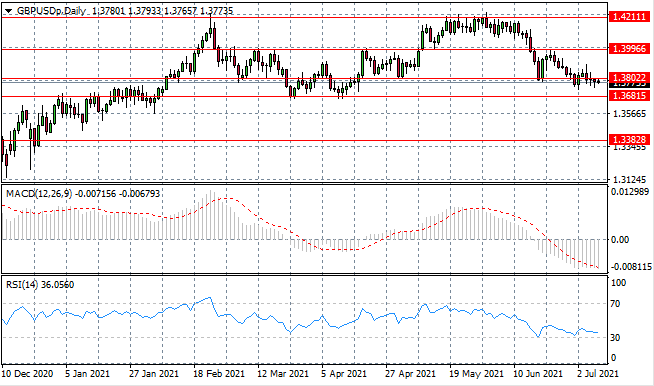 The Eurodollar is attempting a recovery with buyers driving price action back towards the 1.184 price level and ascending trendline. Bullish conviction will be tested as selling pressure has already begun to rise. Momentum indicators appear to be undergoing reversals. 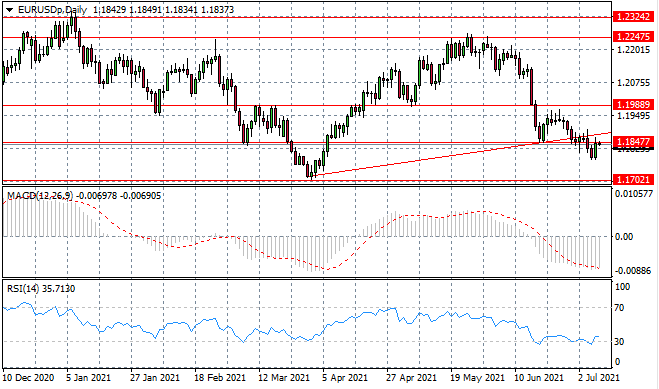 The USDCAD bullish move is coming under pressure as sellers have returned to the pair. As such, price action may struggle to move towards the 1.245 resistance area, resulting in a period of consolidation in the current trading range. Momentum indicators are fast approaching overbought territory. 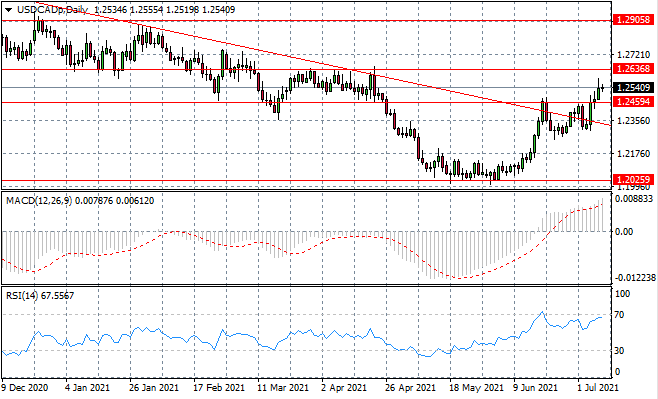 The USDCHF break of the 0.922 resistance area was short-lived, as sellers returned with weight to facilitate a break back below the resistance area. Further consolidation is likely to take place for the pair until a change in fundamentals. Momentum indicators have downward trajectories. 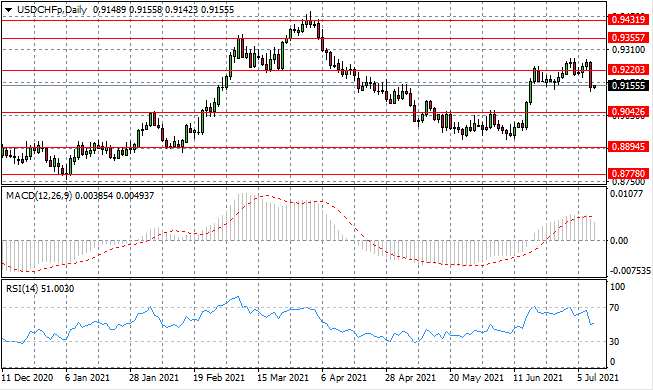 XAUUSD has, pressed beyond the 1795 price line yet bullish conviction remains weak, as signaled by small-bodied candles. The metal appears likely to trace the trendline higher, albeit at a very moderate pace. Momentum indicators have sharp upward trajectories. 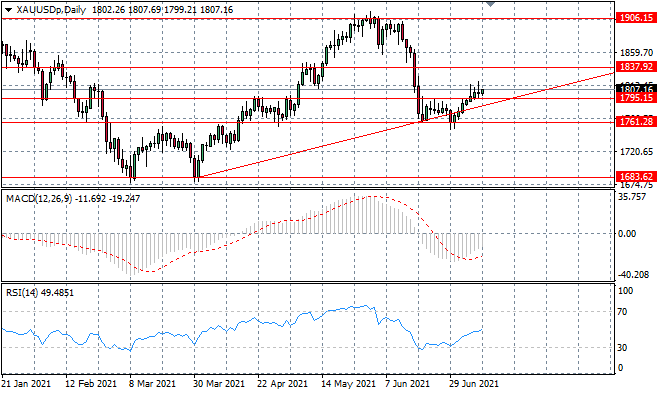 The NDX100 appears to be undergoing a pullback as bearish sentiment climbs for the first time in a month. There is also potential for a full reversal as signaled by the hanging man pattern of price action, where buyers appear to be losing steam. Momentum indicators are undergoing reversals. 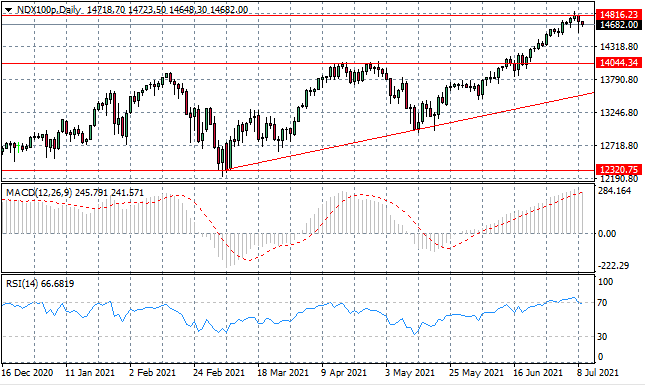